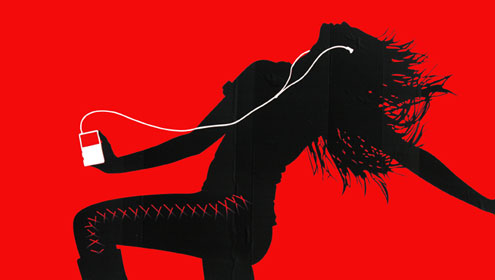 When a new product hits the market, it’s not enough for its creators to simply put it on shelves and hope for sales. Strategic marketing and advertising are needed—and not just upon the product’s launch. Marketing throughout each phase of a product’s lifecycle is imperative to sustaining its relevancy in the market. There are four stages included in a product’s lifecycle: introduction, growth, maturity and decline. Few companies have been more successful in sustaining successful marketing throughout all four stages than Apple. The remainder of this newsletter will detail the company’s success in marketing its iPod throughout each of the four stages.

Introducing a product as innovative as Apple’s iPod requires awareness among early adopters. Early adopters are consumers who want the latest and greatest from the industry and can be new or current users of a company’s existing products. Apple first marketed its iPod by appealing to existing customers—design savvy, small business owners and educators. To achieve this, they deployed a commercial and print campaign to spread the word. You remember the one—silhouettes of iPod listeners dancing to the beat of their own drummer. Press coverage of Steve Jobs’ non-conformist, demanding image added to the renegade aesthetic of the Apple corporation. In 2001, shortly after its debut, Apple tagged its iPod as “1,000 songs in your pocket.” An appeal to the tech savvy’s intrinsic and unquenchable desire to support their identity with a personalized music library. Apple had established an ‘it’ factor, capturing the attention of existing Apple users, driving them to advocate on the product’s behalf and set the stage for future growth.

In the ten years that followed the iPod’s debut, Apple sold over 275 million devices. The iPod mini, nano and touch dominated the portable music player industry. Apple’s tactics were simple: captivating advertising and an unmatched online retail user experience. The growth phase of the product lifecycle is all about increasing market share and creating big wins. Achieving this is no easy feat, as it involves pushing into new markets using inbound and outbound marketing tactics.

The iPod became a huge success, but like any product, Apple’s innovators were challenged to keep it relevant while the market began to offer competing products. It was then that Apple turned its focus to key differentiators and redefining their products. With the launch of the “I am a Mac” campaign, Apple aimed to not only sell their products, but to sell the Mac way of life. Television spots depicted Justin Long as a hip, savvy Mac, while John Hodgeman portrayed his stiff and awkward PC counterpart. The campaign defined Mac users among humanity and—literally—gave life to the key differentiators of Apple’s arsenal of innovative products. By differentiating themselves from similar devices on the Market, Mac made its no longer one-of-a-kind product completely new again.

In 2001, the iPod was unlike anything else on the market. It was an entirely new concept in listening to music. Today, its functionality has been eclipsed by iPhones and iPads that can play music and then some. So, why does Apple continue to invest in the creation and sale of the iPod? The answer is simple. The iPod is a gateway device. It’s one of the key players in transitioning a PC user into a Mac user. An iPod is a small financial commitment that, in many cases, leads to an even bigger purchase. Apple used the decline phase of the iPod’s lifecycle as an opportunity to create new buyers. This phase is also known for innovation, redesign and functionality changes, which Apple consistently uses to its advantage. When you have a product people are on board with, the work isn’t done. Learn more about how you can capitalize on each phase of your product’s lifecycle in the upcoming white paper Marketing The Product Lifecycle.